The VTR™ concept (point of origin)

During my training in acro, since 2006, I have been thinking of ways to learn faster and safer. The idea came in spring 2009 as I was unsuccessfully  struggling to get the right timings for Rhythmic SAT. Everybody was telling me “pull later”, “pull earlier”, etc, but how to tell on which timing of the tumble cycle I was ?
And then I thought: “It is obvious that there is a great variation in the G-force during each cycle of the Rhythmic. There must be a logical link between the G-pattern and the timings of the optimal brake inputs! I will find this, and succeed to get it vertical!” 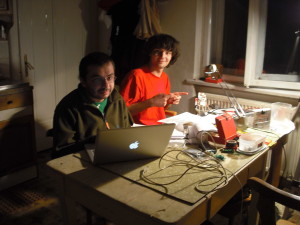 So I built the “grandpa” of the VTR™, the VTR™ 1: A simple microcontroller with  a G-force sensor and a buzzer. An acro-vario. It would change frequency of buzzing according to the current value of resultant force.
I tested that unit, trying to orient while performing, but didn’t get any satisfactory results. It was just confusing me even more. I needed inputs only on the exact optimal times, not a continuous variable beep.

As well, I needed to be able to record, view and analyse the G-data so to understand and refine the input logically.
This was going on in spring 2009. At that time my knowledge and skill in programming and electronics was seriously insufficient to continue the development of my VTR™ unit, therefore I abandoned the project.
Fortunately, in summer 2010 I met Ovidiu Ban, IT engineer and devoted paragliding fan. 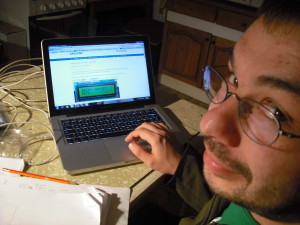 Not a pilot himself, but charmed by the grace of aerobatic flight, he decided to join my scientific quest into revealing the secrets that lie at the basis of the mechanical motion while performing extreme maneuvers.
We started in full force, stating that “We will go as far as science allows us” and “We will study using all the methods of automated analysis that we come across”.
The VTR™ 1000 was then designed.

Following these rules:
1) The unit will not use any direct ground reference (no beacons)
2) The unit will be small and easy to fly with.
3) The unit will be equipped with as many types of sensors as there are available, developed and then down sampled to only the necessary.
4) The analysis computer program will be a powerful, precisely synchronised tool to display the massive amount of data in a friendly graphical interface.

Scientist & extreme sportsman (aerobatic paragliding). Philosophical matters are also welcome. And yeah, I like to keep it real & awesome!